Group Senzala's history begins in 1963 in Rio de Janeiro. Paulo, Rafael and Gilberto Flores, three brothers, originally from Bahia (homeland of Capoeira) had moved to Rio de Janeiro. They began to study Capoeira, during their school vacations, back in Salvador, Bahia. They trained with two of the most famous masters that ever lived, namely Master Bimba and Master Pastinha. Capoeira had become an important part of their lives that they began to train on a regular basis. Paulo got in touch with other capoeira teachers in Rio de Janeiro and started to lead weekly training sessions in the terrace of their apartment building located at Laranjeiras neighbourhood, in the city of Rio de Janeiro.In 1963, the first of the now famous masters joined the three brothers in practising Capoeira. That master was Fernando C.C. Albuquerque, who was given the Capoeira name, Gato. Gato became friends with Paulo Flores on his return from Bahia, but did not know of Paulos knowledge of Capoeira. One night, whilst at a party, a fight broke out. Paulo become involved. His antagonist tried to front kick him, Paulo dodged the attack and retaliated with a reverse spinning kick, striking his opponent on the temple, knocking him out. After seeing this display, Gato badgered Paulo to train him, Paulo insisted that he was not a master, or even a teacher, "I am only a student so how can I teach you?". After days of persistent nagging Paulo agreed to show Gato a few of Capoeira's basic techniques. Gato began to train with Paulo, his two brothers, and some other teenagers at the Laranjeiras. 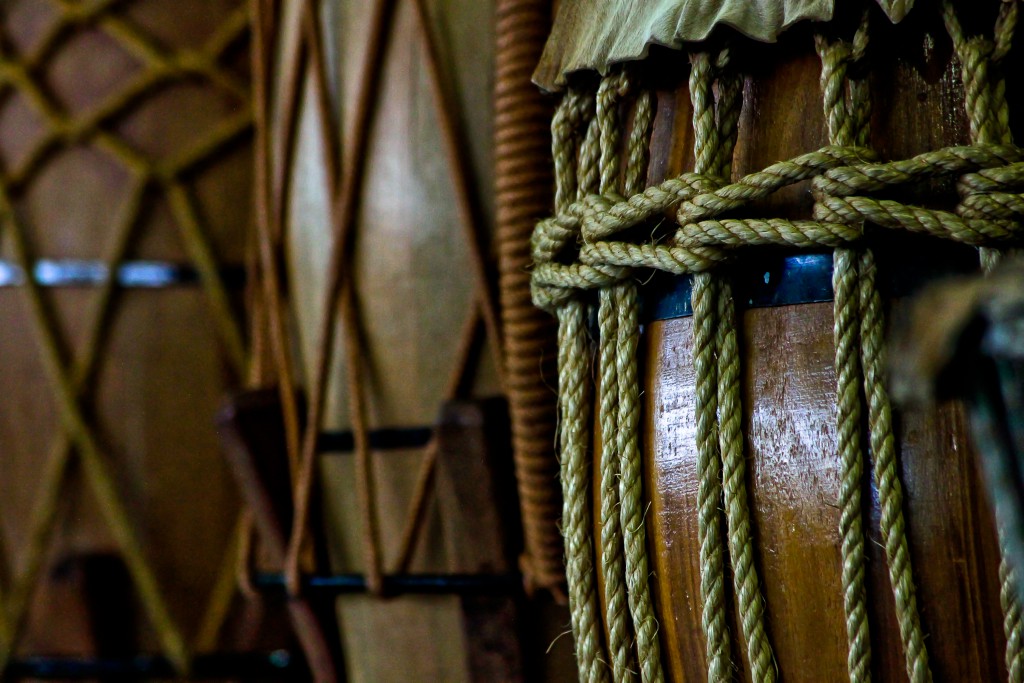 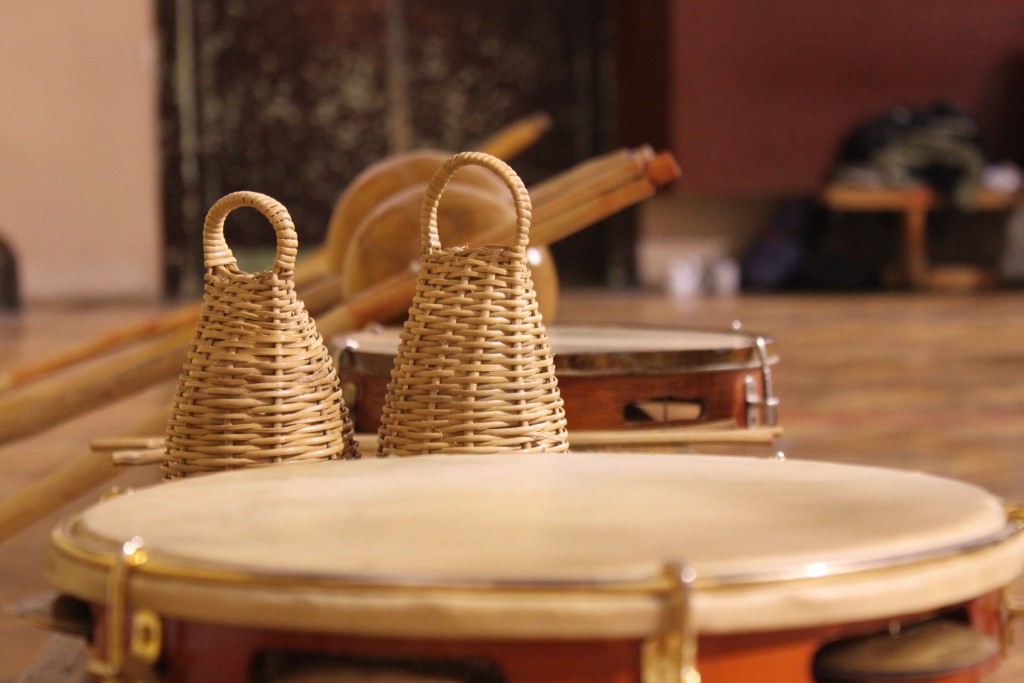 You learn a few moves and then a few more and then try to use what you had just learned, in the roda. Mestre Gato recalls the games he played as very physical and with lots of contact so that you learnt to defend yourself quickly. Soon, another joined the group by the name of Claudio Jose Queiroz, followed by his friends Peixinho and Itamar. Two 8 years boys from favela Santa Marta, used to see and train as well, called Garrincha and Sorriso. After a while Gato brought his younger brother Gil to take part of the sessions. The group was growing. Among the people who joined were, Mosquito, Borracha, Sanfona, Bigode, Jimmy, William and Antero. Gato started to get in touch with other capoeira players in Rio de Janeiro, like Mestre Artur Emidio the main capoeira mestre of Rio de Janeiro at that time. He had some training sessions with some capoeira de Sinhô students and with a formado of Mestre Bimba´s academy called Grande. In 1965 a folk show called Vem Camara performed at Teatro Jovem, Botafogo, Rio de Janeiro. The show was directed by Bira Almeida, called Acordeon, a legend in the world of capoeira and one of the best Mestre Bimba's students at his time. Acordeon brought in his group some extraordinary capoeiras players like Camisa Roxa, Sacy, Cabeludo, and a young formado from Mestre Bimba´s called Preguica. Paulo and Rafael Flores knew Acordeon from their training at Bimba´s academy and brought their friends to see the show and all became astonished with such good capoeira. Later Acordeon visited the terrace and taught some movements to that young capoeira thirsty group. When Acordeon left Rio de Janeiro he lost one of his comrades who decided to stay in Rio, the young Preguica who joined that young group.

In late 1966 the group was asked to leave the apartment building due to the increase in noise generated by the group. They manage to crack one of the walls where bencaos were practised, plus the neighbours couldn't take anymore the noise and shakings on Saturdays evenings...

Finding new premises for the group would cost money. The group set about trying to raise funds by performing at shows. Finally, they were able to rent premises for the group, which now consisted of around 15 core members and about 20 people training occasionally. The group moved into the Largo de Machado in 1966. During 1966, whilst at a demonstration at a German Club, the group introduced themselves as Grupo Senzala. The group became known, and with new premises, new people joined.

In the late 60's there were very few competitions open to Capoeiristas. In 1964 a tournament called Berimbau de Prata happened at Santa Teresa and few groups took part of it. The Academia Santana, leaded by Mestre Valdo Santana, asked Paulo Flores and Gato to represent the academy and they did. With surprise as young capoeiristas they were they featured the third place after Bonfim and Mestre Artur Emidio groups. 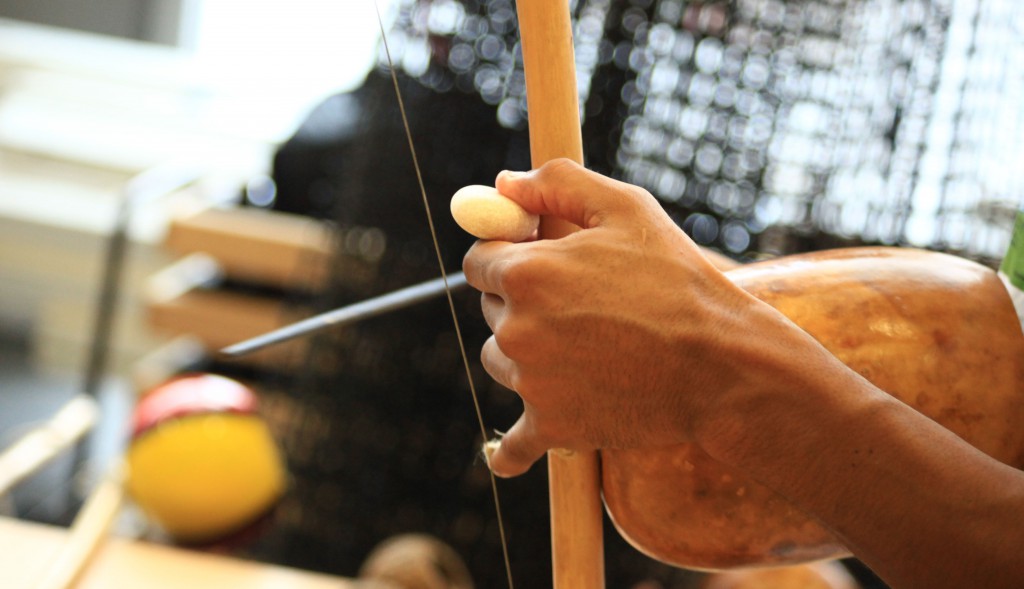 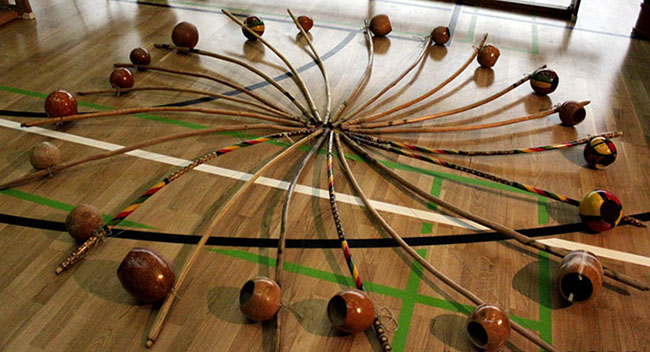 In 1967 another capoeira group competition was organized supported by an entity called Amigos do Folclore (Friends of Folklore), the Berimbau de Ouro. Each group should perform a group demonstration and present a pair of capoeiristas playing during five minutes. The performances were judged by a committee of masters and folklore experts and the pair performance had a bigger weight in the judgement. With the help of other capoeiristas like Tabosa and Fritz, both from Brasilia and friends of Claudio Danadinho, the group entered the competition. On the first attempt at the tournament the team featuring Gato and Preguica won, and did so again the following year, helping establish Group Senzala. On the third attempt Gato and Preguica were stopped from taking part by the event organization. They were told that the competition were not open to the masters, only students. Gato and Preguica protested that they were students, not masters. The association then replied, saying that their record over the past two years has had them recognised as master grades.
As Gato and Preguica were unable to enter the Berimbau de Ouro they began to train another team from the Group Senzala to enter into the tournament. This new team featured Mosquito and Barracha, which won; third year in succession. News of this spread throughout Brazilian Capoeira. Many people travelled to see, train and try out this new group of capoeiristas.

Due to the groups growing reputation and memberships they had to relocate again. A student of the group offered the use of a large barn, situated on his property, to the group, which they gratefully accepted and moved into Cosme Velho. During 1968 and 1971 many masters and students travelled to Cosme Veiho and Master Gato recalls it was a "place of great energy".

That location became the meeting point for many years to come where most of that generation of capoeiristas took part in the famous rodas on Saturday evenings. It was there where Senzala group was forged. It was there where new members of the group got their red cords and became part of the group like Baiano Anzol, another formado from Mestre Bimba´s, Lua, from Salvador street capoeira, Nestor Capoeira and Bermuda, both got their capoeira initialization with Mestre Leopoldina, many years before they left the group following their own ways. Capoeira at the early sixties was still quite underground, badly seen by society. In their search the south zone kids had to go to the suburbs where at the rodas they had to prove their selves, earn the respect and after go for a beer. Although tough the Capoeira environment always had a strong sense of friendship. Originally the group trained according to the teaching's of Master Bimba but soon began to incorporate influences from Rio de Janeiro but mainly from Bahia. By this time the group was the premier Capoeira group in Rio de Janeiro and one of the most widely known in the whole of Brazil. In the following years the group grew in size and influenced many other groups in various states. The 12 initial members went in different directions, new mestres were graduated and Capoeira started spreading to the USA and Europe in early eighties. 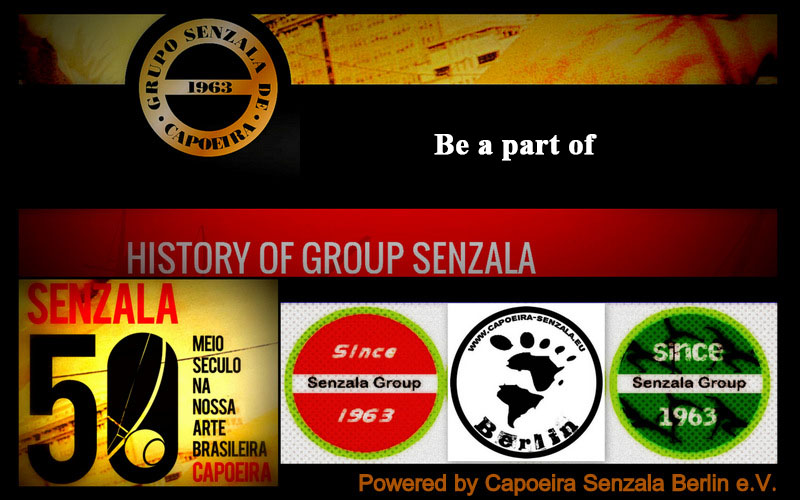